Deron Williams made his name as a talented scorer and unselfish facilitator driven by a fierce desire to win. Throughout his career, from his proud days in Utah to his final games in Cleveland, through injuries and adversity, the the two-time Olympic gold medalist and three-time NBA All-Star was a leader on the floor and off it. His efforts to generate support for causes he holds dear, which include childhood poverty and autism, speak volumes about his character.

FROM POINT TO POINT

Raised mostly by his mother Denise, Deron moved to The Colony, a suburb outside of Dallas, Texas, at a young age. Denise kept two jobs to support Deron and his younger brother, Kendall Jones.

She was the producer and distributor — in effect, the family’s point guard, which should have been no surprise to anyone, given her upbringing. Denise Smith, reared in West Virginia, was a standout point guard in her own right. She attended West Liberty State College, where she played basketball and volleyball.

“She’s a good person. She loves me and my little brother a lot,” Deron said on the night of the 2005 NBA Draft. “She’s taken care of us. She’s a pretty strong woman.”

Not many things came easy for Deron in his childhood, but one thing that did was basketball. After all, it was in his DNA, with both of his parents having played the game in college. D-Will also played tennis and wrestled in his youth (winning championships at the latter), but he started playing hoops at a young age, and became part of an uprising of young basketball talent in the Dallas area at the turn of the century.

In 2001, his junior year, Deron helped guide The Colony High School to the Texas state semifinals. But it was teammate Bracey Wright, the team’s shooting guard and the benefactor of hundreds of D-Will passes, who received the majority of attention from recruiters. Wright eventually attended Indiana University.

“It motivated me a lot to see the attention Bracey was getting,” D-Will told the Dallas Morning News. “He deserved it, but at the same time, I wanted that same attention. It made me work harder. It made me want it a lot more.”

The offers didn’t pour in for Deron as they did for Wright. North Carolina and Kansas, two of the premier programs in the nation, had him on their radar, but only as a backup plan for Raymond Felton and Aaron Miles. Deron thought he was destined for Georgia Tech, but Jarrett Jack committed before Deron even took his visit. 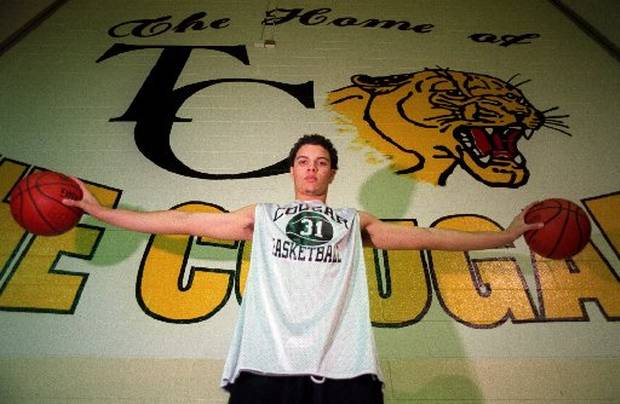 He was ranked among the top 50 players in the nation as a senior, but wasn’t selected for the McDonald’s All-America game. Instead he watched from home as three Dallas area stars — his teammate Wright, Chris Bosh of Dallas Lincoln and Daniel Horton, a point guard from Cedar Hill — took the national stage.

“I always played good against the top point guards when I played them,” Deron said. “But for some reason I never climbed up the rankings because I wasn’t trying to score 25 points a game.”

But when the Fighting Illini of Illinois came calling, they saw Deron as the perfect fit under head coach Bill Self. Deron was personally recruited by Self assistant Billy Gillespie, who later coached at Texas A&M, Kentucky and Texas Tech.

Deron averaged 17.6 points, 8.4 assists, 6.1 rebounds and 2.6 steals per game as a senior. He finished his high school career at The Colony 90-8 with the one state semifinal appearance. He accepted the offer from Illinois, and headed off to Champaign ready to take the next step in his career.

“It all worked out for the best,” Deron said.