Late in his final full season as a member of the Utah Jazz, D-Will delivered a signature performance, complete with a clutch bucket to give a boost to Utah’s playoff push.

The Western Conference was littered with phenomenal teams during the 2009-10 NBA season. Each playoff team in the West that season compiled 50 wins or more in the regular season. So despite already having hit 50 when the Oklahoma City Thunder came to town on April 6, 2010, Deron and the Jazz were still fighting for positioning in the loaded West. 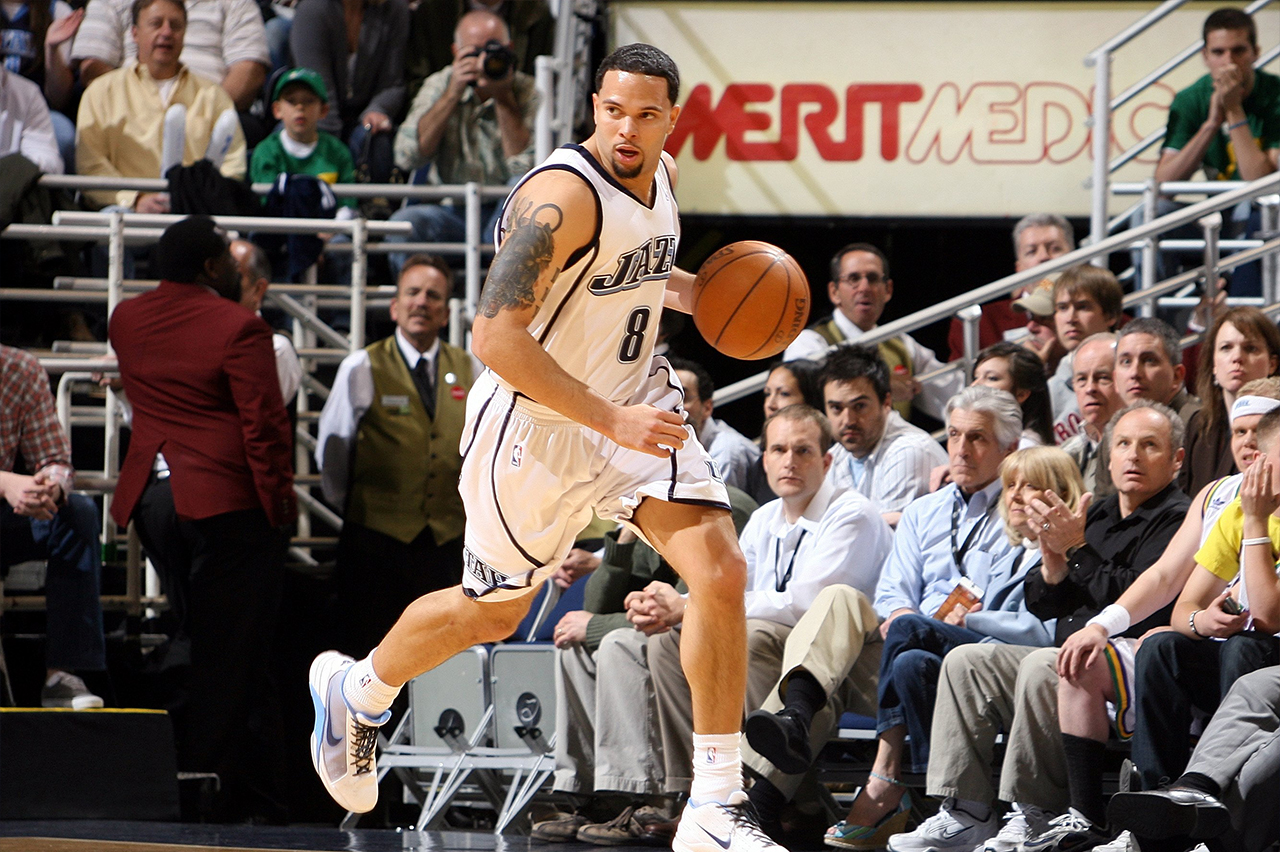 The upstart Thunder squad was led by three players who are widely considered among the league’s best to this day: Kevin Durant, Russell Westbrook, and James Harden, presenting a daunting task for D-Will and his Utah mates. Although both teams were already safe bets to make the playoffs, this was a chance for the Jazz to test themselves against a playoff-caliber team in a playoff-type atmosphere.

As for the game itself, it did not disappoint.

The contest was extremely competitive throughout, featuring 15 ties and 13 lead changes from start to finish. The stars showed up to play for both teams in a game with playoff seeding on the line. For OKC, Durant poured in 45 points while Westbrook posted 27 points and nine assists.

However, Deron and the Jazz were not to be outdone.

D-Will torched the Thunder all night, scoring 42 points of his own to go along with 10 assists in Utah’s 140-139 overtime win. Carlos Boozer chipped in 28 points and 15 rebounds in the winning effort.

“We knew the significance of this game, just as they did and it was a fun game to be a part of,” Deron said. “It was a huge win for us because they were right on our heels.” 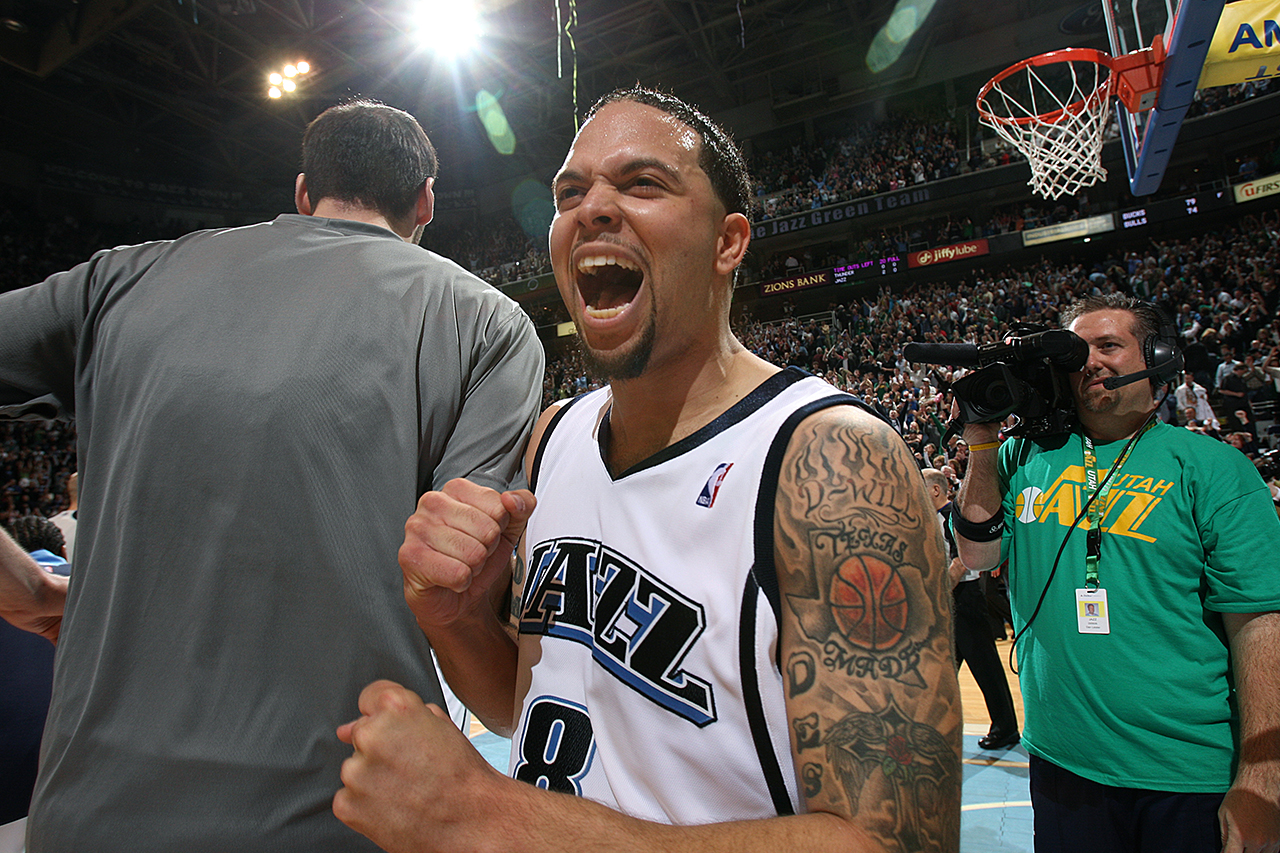 D-Will was hot from the start, scoring or assisting on Utah’s first five baskets and the Jazz built a first quarter lead on the strength of his eight points and three assists in the opening quarter. However, the deep OKC team, which featured Harden and Serge Ibaka coming off the bench, pulled ahead in the second. Despite 11 points and two more dimes from Deron in the second, OKC led by a pair at the break thanks to a last-second bucket by Westbrook.

Both teams came out firing in the second half, trading buckets and the lead multiple times in the opening minutes of the third quarter. But midway through the quarter, Deron helped spark a 12-2 Jazz run with a brilliant dime to Paul Milsap, followed by an and-one jumper that he sank while drawing a foul on Westbrook. He finished the quarter with 10 points and three assists as Utah took a three-point edge into the fourth.

That final frame saw Durant catch fire, pouring in 17 points in the fourth alone. After D-Will split a pair of shots at the line to put the Jazz up 122-113 with 2:40 left, Durant hit back-to-back treys to pull OKC within three. The teams went back and forth from there, but Utah couldn’t put the game away and the contest was sent to overtime when Thunder forward Jeff Green drained a three to tie the game in the closing seconds of regulation.

However, Deron seized the moment in overtime. 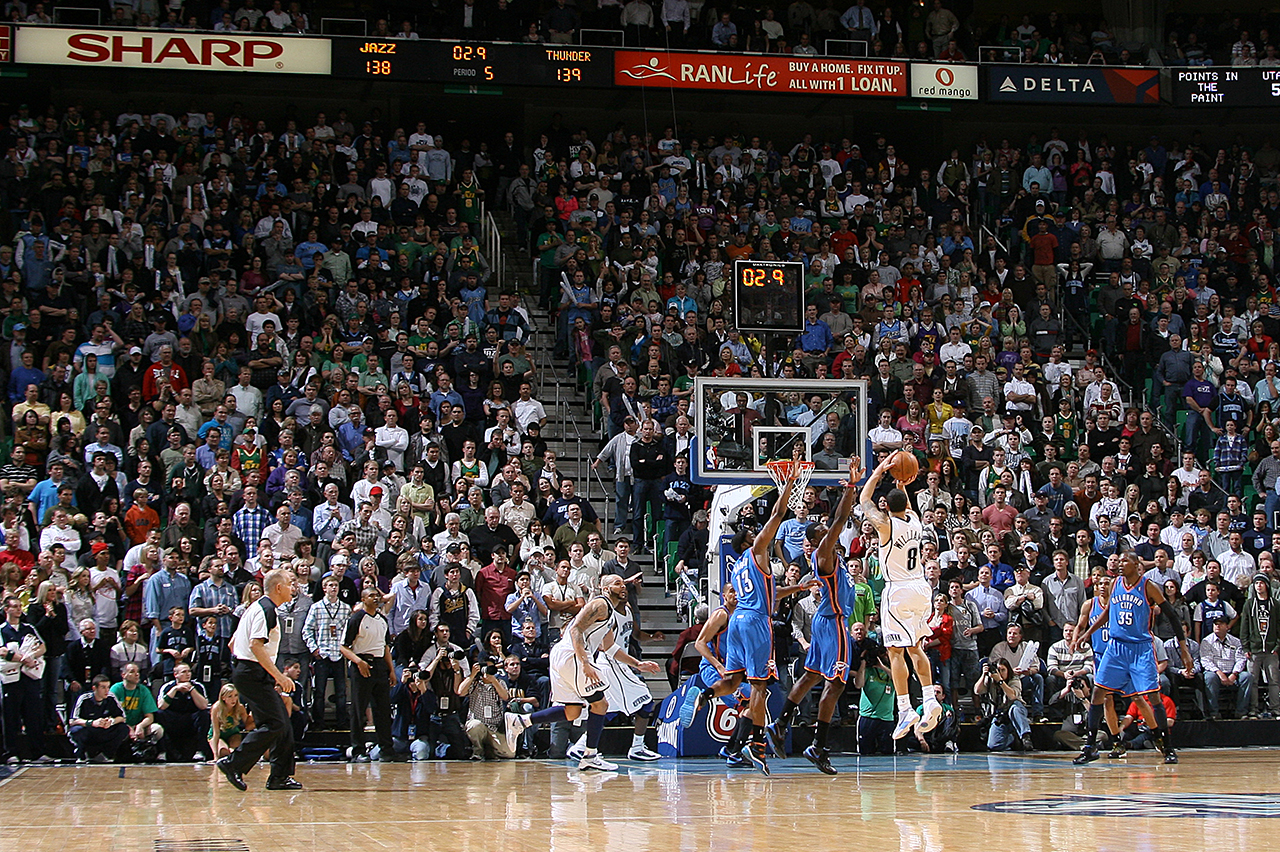 With the score knotted at 135 apiece and less than a minute to play, D-Will buried a corner three to put Utah up by three. However, Oklahoma City scored the next four points to pull ahead and as time ticked away in the extra session, the Jazz found themselves down one point following another bucket from Green. With five seconds remaining, the ball was in Deron’s hands, and he came up with a clutch 20-foot jumper from the top of the key, sinking the game-winner with just 1.1 seconds remaining on the clock.

“He had the ball, he wanted the ball,” Jazz coach Jerry Sloan said of D-Will, after he topped his previous 2007 career-best by one. “He felt good enough, and he liked the play we were going to run. So we ran the play to give him the basketball. He got it and had a good look at the basket.”

The Jazz walked away victorious and finished the regular season by nabbing the No. 5 seed in the Western Conference, matching them up with Carmelo Anthony and the fourth-seeded Denver Nuggets. Utah won that series in six, but fell to the eventual NBA champion Lakers in second-round sweep.