The 2004-05 Illinois basketball season was a truly special one for everyone who played a role for that team. Deron Williams, Luther Head and Dee Brown led the Fighting Illini to 29 straight wins to from the beginning of the season to early March, including wins over Adam Morrison and Gonzaga, Chris Paul’s Wake Forest team, and numerous hard-fought Big Ten conference foes.

Despite a one-point loss to Ohio State in the regular-season finale, D-Will and his teammates remained in great position to secure a No. 1 seed in the NCAA Tournament if they took care of business in the Big Ten tournament. 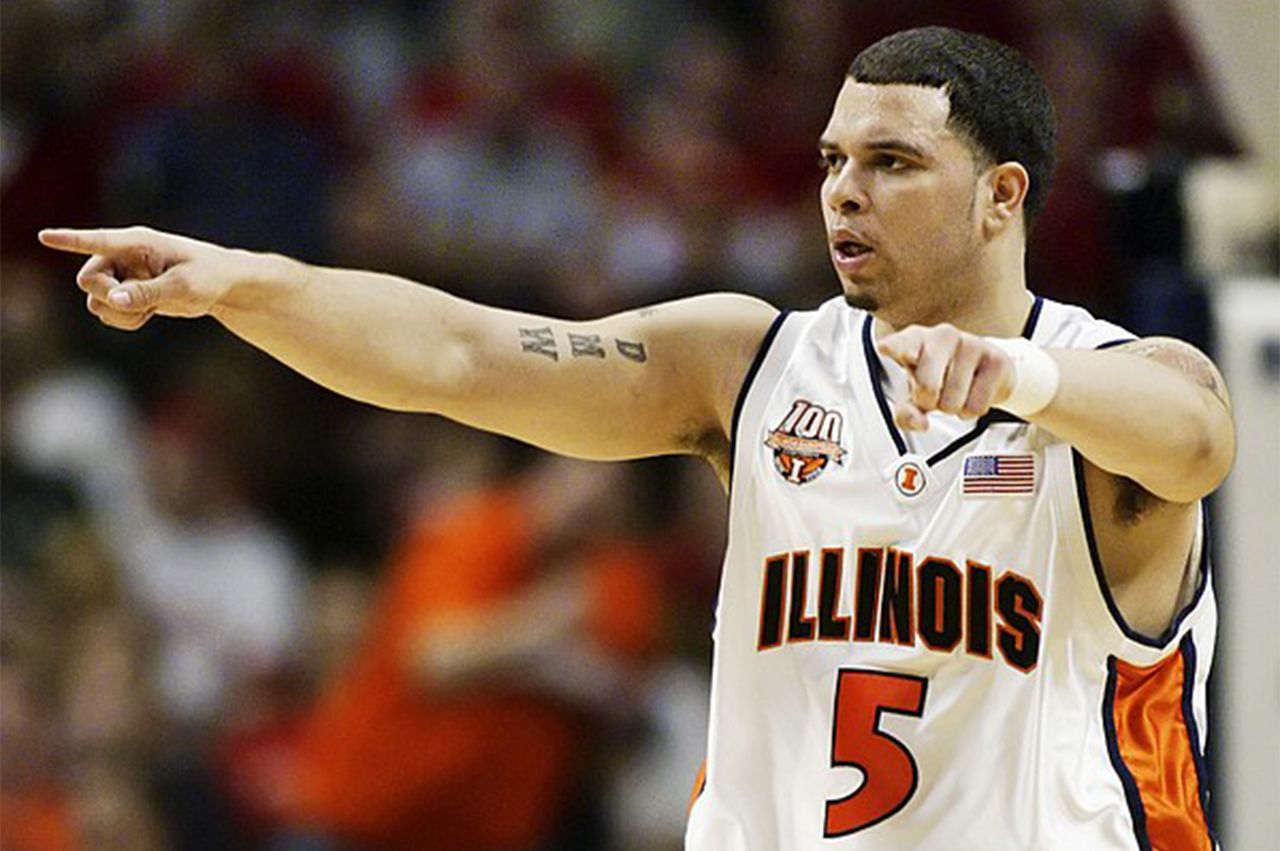 Their first game of the conference tournament came in the quarterfinals against Northwestern, an opponent they had beaten handily twice in the regular season. The third meeting was no different.

Illinois’ talent was too much for the Wildcats to handle and the Illini advanced after a comfortable 68-51 victory. D-Will ran the point efficiently, posting eight points and eight assists, setting up Head, Brown, Roger Powell and James Augustine for good looks all game long.

In the semifinals the following day, the Minnesota Golden Gophers provided a much tougher test, but Illinois still prevailed 64-56, with five players scoring in double figures, including Deron who was second on the team with 12 points. D-Will also chipped in five assists and five rebounds to propel his team to the final.

And in the final, the Illini met up with the No. 23-ranked Wisconsin Badgers with the Big Ten title on the line and a chance to ensure their No. 1 seed status on Selection Sunday.

D-Will and the Illini stifled the Badgers defensively, limiting Wisconsin to just 43 points. No Wisconsin player scored in double figures for the game as Alando Tucker led them in scoring with nine points.

Illinois won the game 54-43 and claimed the Big Ten Tournament crown as they looked to carry that momentum into the NCAA Tournament where they would be named the No. 1 overall seed just a few hours later.