D-Will To Win: Lighting Up the Garden

Deron Williams only spent a little over a year representing the New Jersey Nets before the franchise packed up for Brooklyn, but during that time D-Will put on some spectacular shows for fans on both sides of the Hudson River.

Chief among them was a standout performance on February 20, 2012 at Madison Square Garden, “the World’s Most Famous Arena.” The bright lights of New York shined even brighter on that Nets/Knicks battle due to the emergence of Knicks guard Jeremy Lin, who was in the midst of his Linsanity run.

But on this night, the spotlight was stolen by D-Will in a performance for the ages. 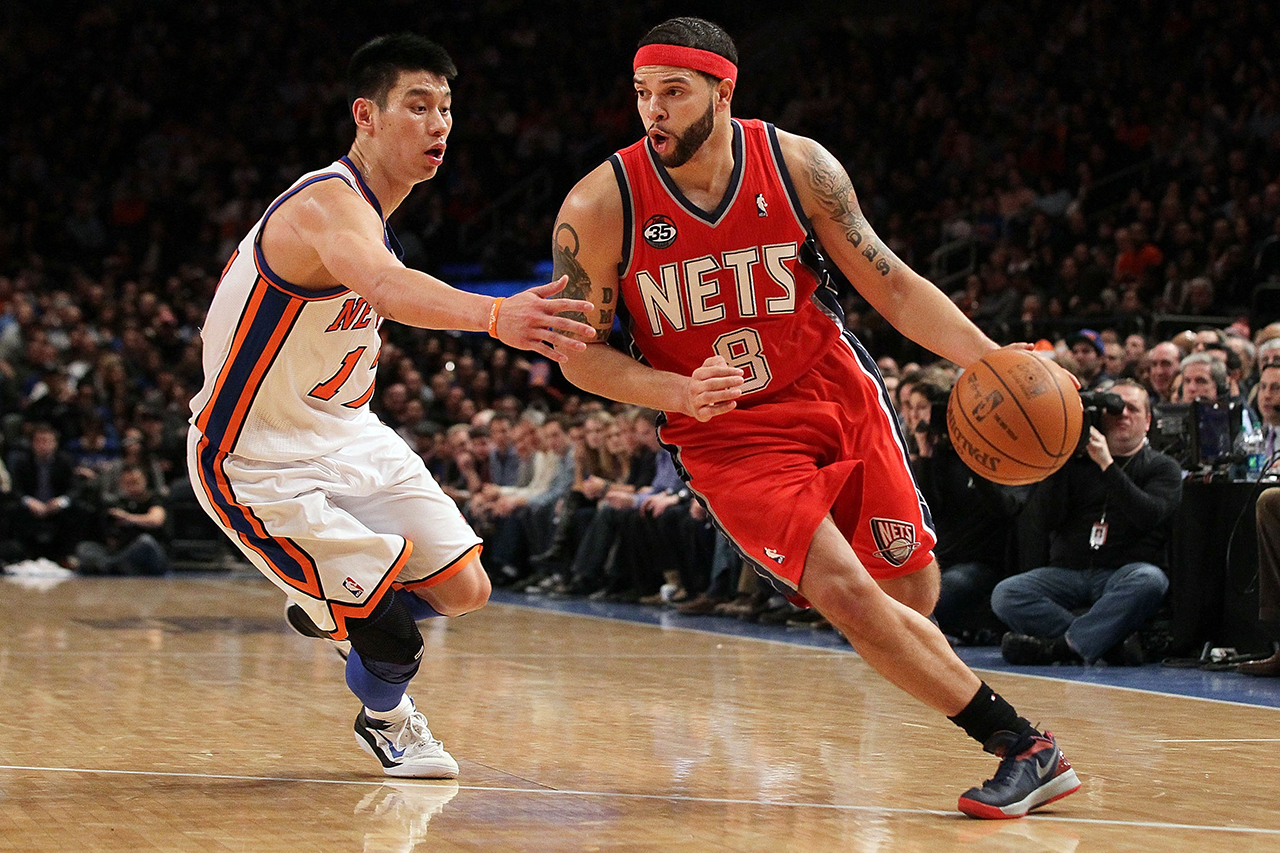 Seven years ago this week, Deron Williams led the NJ Nets into The Garden for a showdown with the Knicks, led by Lin, Carmelo Anthony, and Amar’e Stoudemire.

Linsanity had taken the NBA by storm just a few weeks prior, beginning with a game against D-Will’s Nets on Feb. 4 of that same season. Lin came out of nowhere, playing 36 minutes against the Nets that night after playing just 55 minutes all season up to that point. The young guard scored 25 points and dished out seven assists in a Knicks win. Lin shined brightly in the ensuing weeks, driving fans to Madison Square Garden on a nightly basis, which set up a rematch with Deron and the Nets on Feb. 20. It was one that No. 8, playing for a Nets team with dim playoff hopes, had marked on his calendar.

“I had this one circled. I don’t really watch SportsCenter,” Williams said. “I don’t really watch too many games. I do see Twitter. Every three lines were, ‘Jeremy Lin destroys Deron Williams.’ I definitely took offense from that from the first game.”

With the attention focused on the Knicks entering the game, D-Will came out ready to make a statement.

He did that and then some.

“I saw it in him in the captains’ meeting at half court,” Anthony said. “You could just look at him and tell he was ready, ready for this game.”

With that fire in his eyes, No. 8 started the game hot offensively, scoring 10 points in the first quarter.

In the second frame, the Nets were able to take a comfortable lead thanks to eight more points from D-Will and some big buckets from MarShon Brooks. When Deron had the ball, coach Avery Johnson put him in full attack mode on Lin, seeking to expose the young guard’s shortcomings on the defensive end, and tire him out so his offense didn’t come so easy either.

“We wanted to attack their point guard position, and keep their point guard involved offensively and not allow him to rest on defense, and it worked for us,” said Johnson. “Deron was on fire. I told him even this morning, if you’ve got some looks at threes, just take them. We know you can make them, but just be aggressive, and if their point guard’s not on you, we’ll figure out a way to get him back on you, and we want you to attack.”

The plan worked to perfection, and as the game wore on, D-Will’s jump shot heated up.

Late in the third quarter, Deron caught fire, draining a trifecta of three-pointers in less than a minute of action— including a four-point play where D-Will drew a foul from Lin— to blow the game open.

By the end of the night, D-Will had racked up 38 points, with a career-high eight three-pointers to his credit, and dished out six assists. Even sweeter, the Nets were able to shut down the Knicks offensively in a 100-92 victory in the midst of the Linsanity media frenzy.

Deron watched the final minutes of the game from the bench after fouling out, otherwise he may have had event more highlights from that game. But, the team effort on the defensive end to slow down a potent Knicks offense was something to be proud of, and halting the run of Linsanity that was sweeping the country felt even sweeter.

“We did it on the defensive end,” said D-Will, while also giving credit to Lin. “It’s an amazing story that he was gonna be cut the next day, and to come out and play the way he did against us and keep it going. Even tonight, he had a great game. It’s going to be overshadowed because of mine, but he’s playing great basketball.”

It was a highlight in a tough final season in New Jersey for Deron and the Nets. They finished 22-44 in the lockout-shortened season, the first time in Deron’s career that he’d spent an entire season on a team that won less than 40 games. Heck, the 22 wins were fewer than the Fighting Illini of Illinois had in any of Deron’s three years in Champaign.

“I’ve never lost at any level. Going back to middle school,” he said. “It’s definitely been a struggle, but I’m learning to fight through things and lead guys, even though it’s not the best situation all the time. We’re playing better as it goes. It’s still a fun process, just hopefully not an extended one.”

It was not an extended one. The following year, the Nets moved to Brooklyn, where they battled the Knicks for the New York spotlight on a nightly basis as D-Will led the Nets to three straight playoff appearances. The stage for which was set under the bright lights of Madison Square Garden, as D-Will turned in one of the best offensive showings in his career.