Deron Williams’ five-and-a-half years in Utah were marked by a series of highs and lows, but when the brightest lights came on, more often than not, D-Will delivered for the Jazz.

That was certainly the case back in early February 2009, when Utah hosted Deron’s hometown team, the Dallas Mavericks, and one of his mentors, point guard Jason Kidd in a matchup of two eventual playoff teams in the Western Conference. 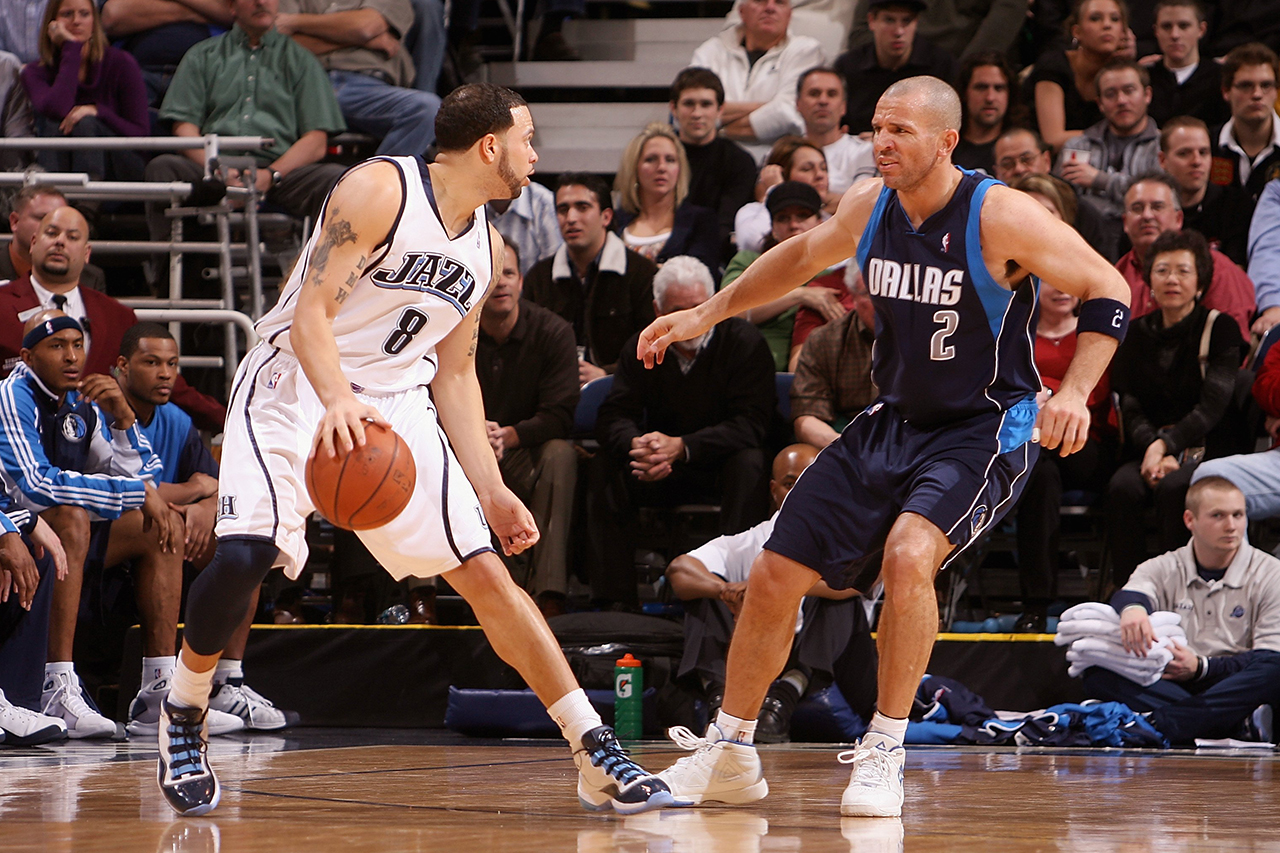 Months earlier, D-Will and J-Kidd had shared the stage in the Summer Olympics, splitting time with Chris Paul at the point as part of The United States Men’s Basketball team. Dubbed “The  Redeem Team, Team USA rolled through Beijing with a perfect record to restore the United States back to the top of the podium and the international basketball landscape.

But by February, the two point men were back to being rivals, with Deron’s Jazz trailing Kidd’s Mavs by a game and a half entering the mid-season contest. At the time Dallas sat in seventh place in the Western Conference with Utah on the outside looking in for the playoffs at ninth.

Before the game, Deron commented on the nature of the matchup creating a big stage for Utah.

A game they needed so much that D-Will, who was recovering from a deeply bruised thigh that cost him a game earlier in the week against Charlotte, gutted it out to play through pain.

But Deron never showed a single sign of it in leading the Jazz to a dominant win.

With his team needing a win, D-Will was everywhere and everything they needed. He scored 34 points, one shy of a season-high, on 11-20 from the field, including 5-of-8 from three. He was also active as a facilitator, dishing out 12 dimes to various Jazzmen, all the leading Utah to a 115-87 drubbing of the Mavericks. 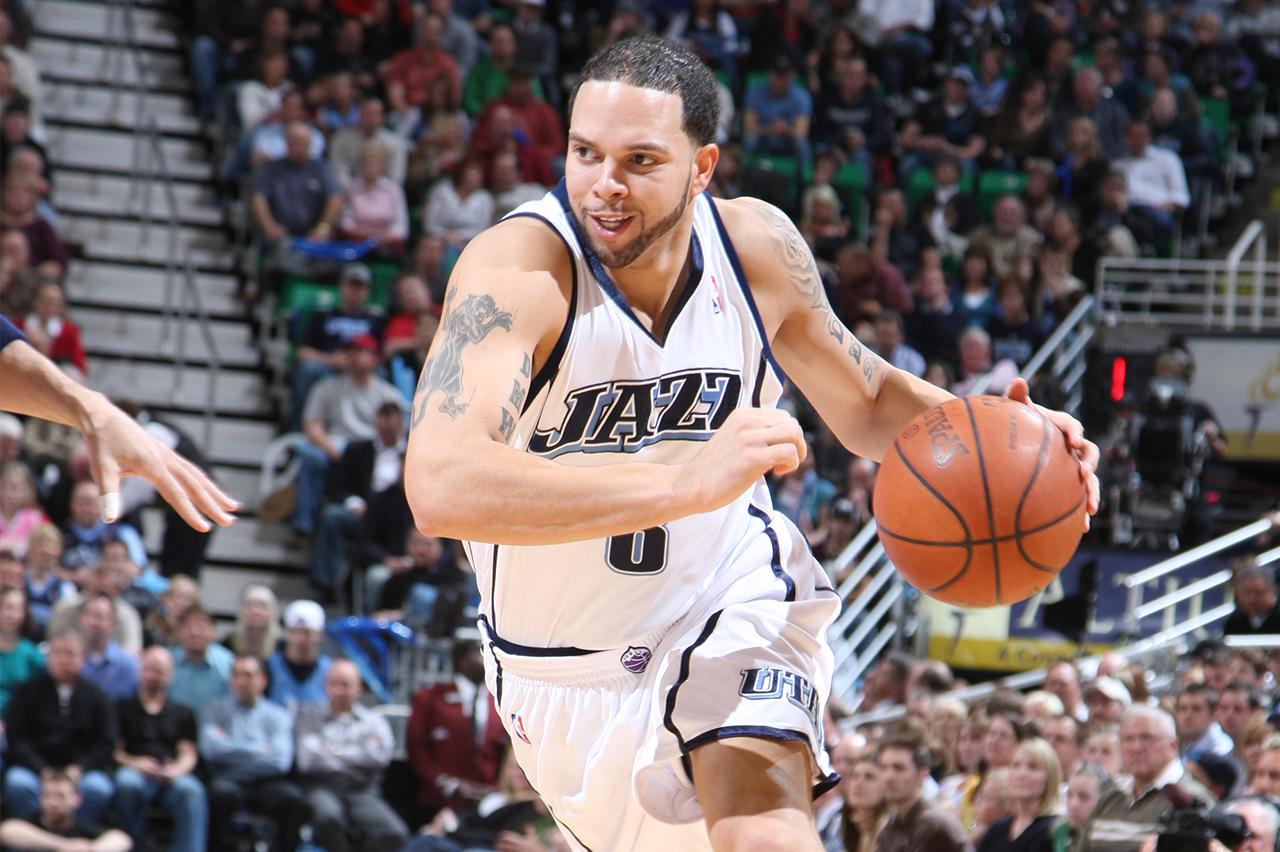 The Jazz got off to a fast start, thanks to an 8-0 run midway through the opening frame. D-Will scored or assisted on three of the four buckets during that run to push Utah to the lead. The Jazz kept Dallas at arm’s length for the rest of the half, taking a 57-47 halftime lead, thanks in large part to 14 points and five assists from No. 8 in the first 24 minutes of action.

But while the first half was good, the game was blown wide open in the third quarter after a dominant performance by D-Will. The Jazz star, who had recently been snubbed from the All-Star game, put on a show in the game’s penultimate quarter. Not only did he scored 16 points in the frame, he also rang up five assists, scoring or assisting on 28 of the 37 points Utah scored in the third. They outscored Dallas 37-19 in the frame to set up a 28-point lead that allowed the starters to sit out the fourth as Utah cruised to a comfortable win.

The win marked the second of five straight 30-plus-point games for No. 8 in the midst of his fourth full season in the league, the outburst perhaps motivated by his absence from the All-Star team. He would go on to finish the season strong, averaging then career-highs in points and assists per game at 19.4 and 10.7 respectively. Unfortunately, the Jazz ran into the eventual NBA Champion Los Angeles Lakers in the first round of the playoffs and bowed out in five games.