Over the course of his career, Deron Williams had plenty of shining moments and star turns, but few compare to one that came in the twilight of his career, in his hometown. Call it the Dallas Dogpile or a Mavs Mob scene. Whatever you call, it, there’s no question it was clutch.

It happened in January 2016, just months after D-Will joined his hometown Mavs, four years later than many expected. It was, without a doubt, one of the most timely shots of his career, as, with the Mavericks down two points, Deron drained a three as time expired in the second overtime to lift Dallas over the Sacramento Kings 117-116.

After the bucket that left him sprawled on the floor, D-Will’s Mavs piled upon him along the baseline forming a victorious pile to celebrate the draining and thrilling victory.

“That was definitely my first Mavericks mob scene,” he said. “All of the sudden, it went dark, and I couldn’t breathe.”

Moments before, it was Dallas fans holding their breath.

Trailing by two with just 1.3 seconds remaining, coach Rick Carlisle drew up a play to free up Deron for a quick catch-and-shoot opportunity in the corner.

D-Will utilized a screen from Dirk Nowitzki to free himself up and get enough room to fire off a shot. Devin Harris fed Deron a bounce pass leading him into the corner and D-Will took it from there, using a pump fake to get Rudy Gay up in the air, allowing himself a clean look for the game-winner.

Deron let the shot fly just before the buzzer sounded and the ball hit nothing but net to give the Mavs a big win in double overtime, prompting a dog pile from his teammates and even Mavericks owner Mark Cuban. 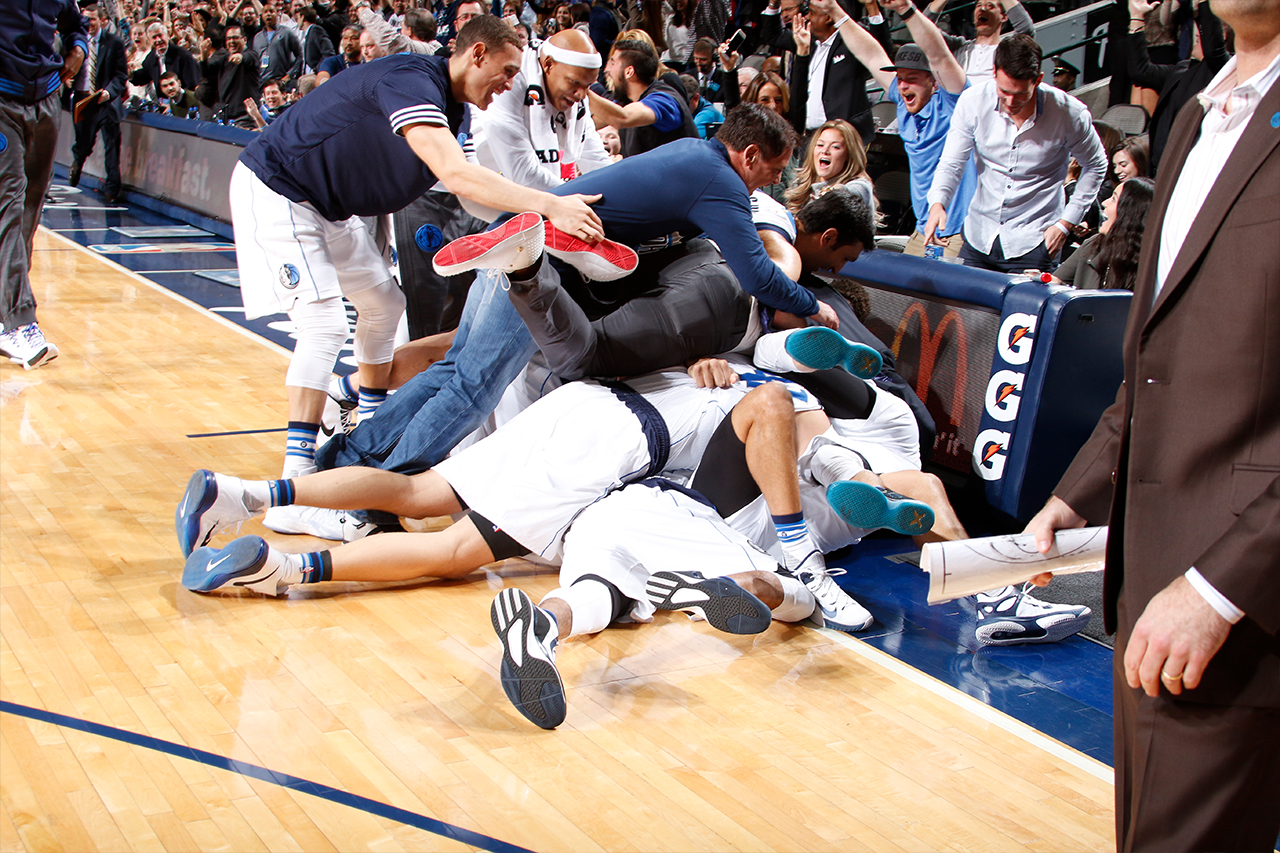 “If D-Will doesn’t hit an unbelievable shot, we’re feeling pretty sick right now in the locker room,” Chandler Parsons said. “We were very fortunate to get this win.”

The big shot wasn’t an isolated incident either Deron made plays throughout the night to keep his team in the contest. For the game, of which he played more than 43 of the 58 minutes played by the two teams, Deron recorded 25 points on 10-18 shooting to go along with four assists. Those efforts included a clutch layup near the end of regulation that nearly ended the game before Sacramento’s DeMarcus Cousins matched it to send the game to overtime.

“The guy hit the two biggest shots of the game, one to give us the lead at the end of regulation and the other the game-winning shot,” Carlisle said. “Let’s give the guy some love. Those were phenomenal shots.”

D-Will was glad he got another chance to end it in double overtime.

“I dreamed about playing for the Mavericks growing up. This is definitely a dream come true.” 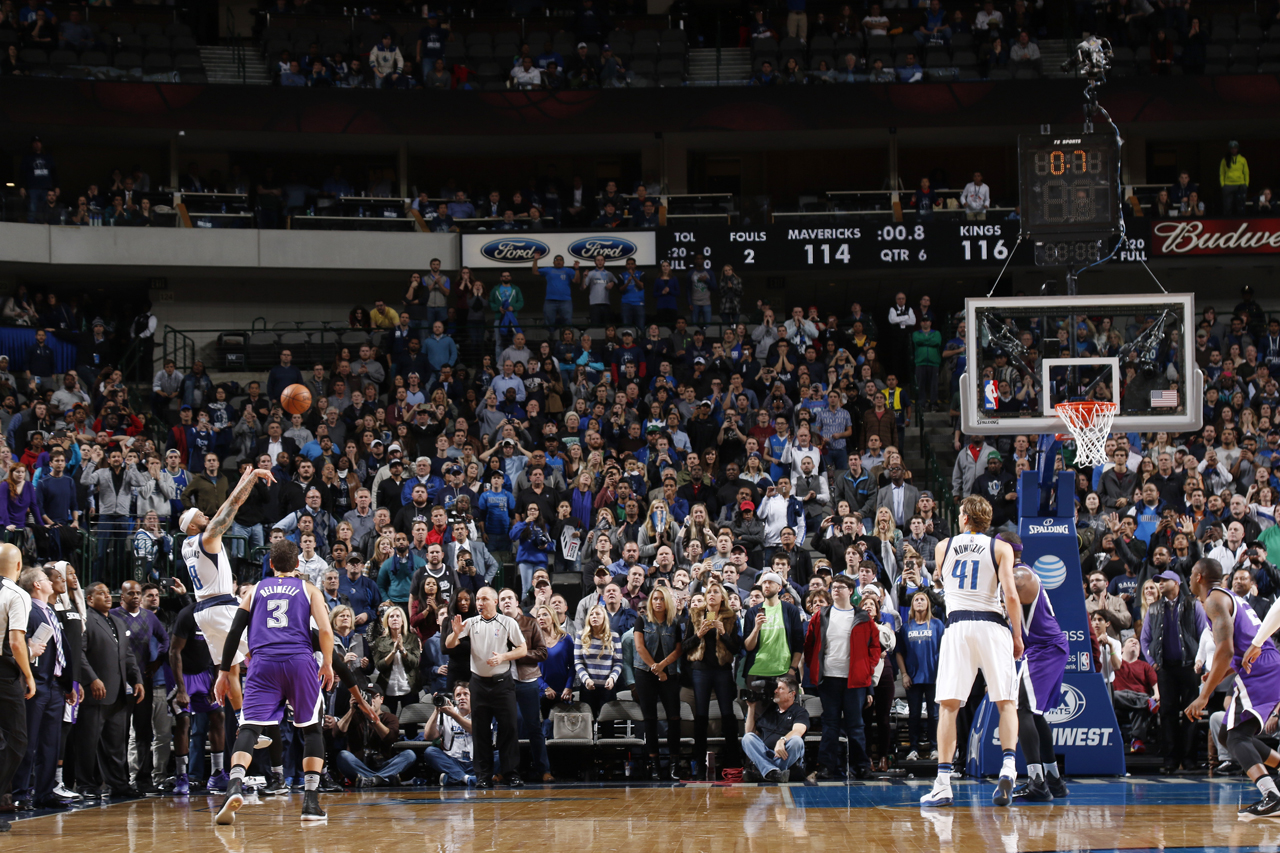 Although Deron’s career was near its end during his only full season in Dallas, he continued to show on a nightly basis that he still had something left, proving to be a key contributor for a Mavs team that would go on to make the playoffs in the Western Conference.