Deron Williams often thinks about his time in Utah.

The six years D-Will spent in Salt Lake City were some of the best of his NBA career, including leading the Jazz to the Western Conference Finals in 2007. But, he also remembers the tumultuous way things ended in Utah, and has been seeking an opportunity to make amends.

In June, that chance finally arrived as Deron met face to face with his former coach, Jerry Sloan.

“It’s something I’ve wanted to do for years,” he said. “Just kind of stubbornness and nerves and all that played a part in why I never reached out.”

D-Will was a talented, budding star in Utah, but he’ll readily admit that he was also young and brash. So, as stars and their coaches often do, No. 8 and Sloan would clash at times. 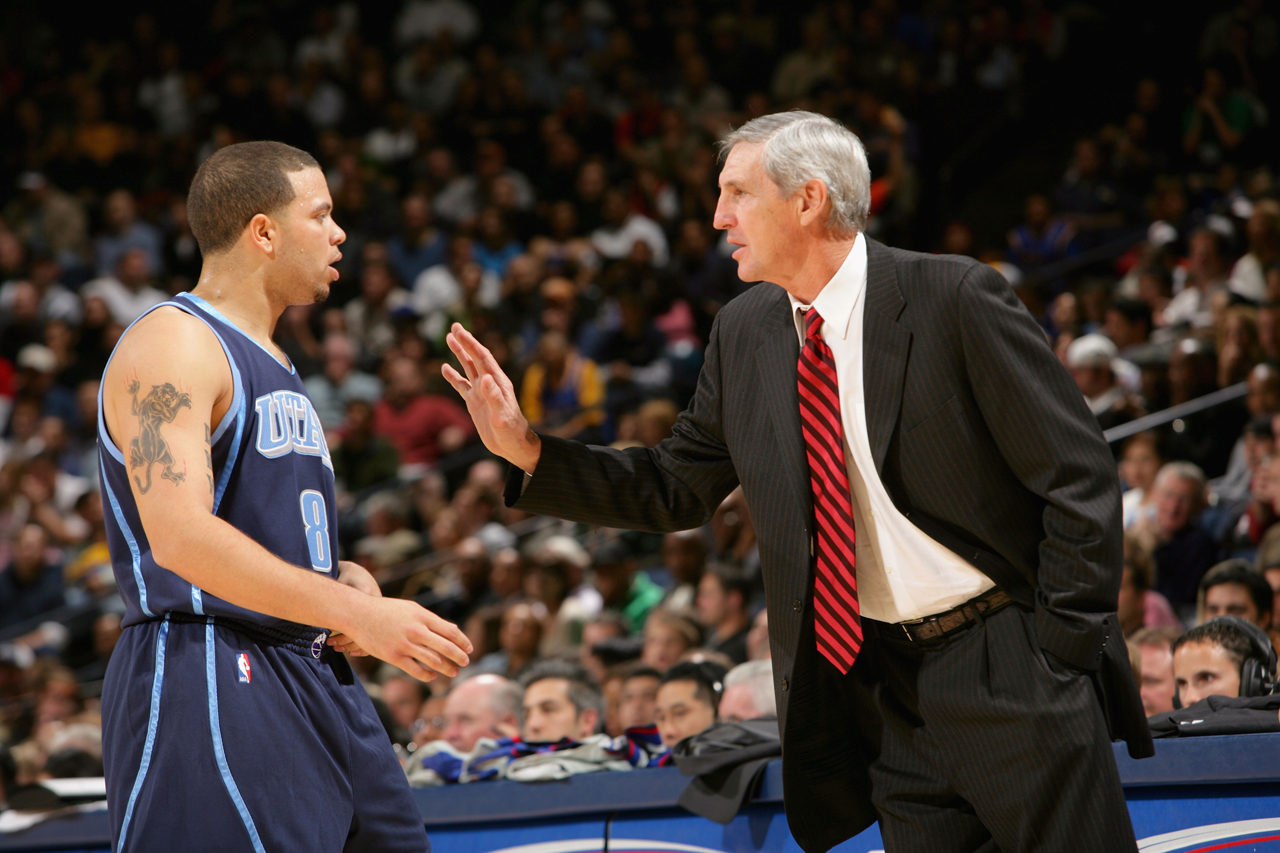 But their relationship boiled over on February 9, 2011. During a game against the Bulls, Deron flipped a play call without Sloan’s blessing. And while the seemingly harmless adjustment was simply another instance of Sloan and Utah’s face of the franchise clashing again, this time, Sloan had seen enough.

The Hall of Fame coach’s 26 seasons as frontman of the Jazz came to an end the following morning, when Sloan met with Jazz management one last time. Tyrone Corbin took over as coach, but Deron’s time in Utah also ended shortly thereafter, when he was traded to the Nets on Feb. 24. D-Will recently told Aaron Falk of UtahJazz.com that he not only recognizes why he was traded, he also understands why the fan base was upset. And if he could do it over again, he would likely do things differently.

“They stood behind a Hall of Fame coach that had been there for over two decades,” Williams said. “How it ended has always hung over my head and affected me. I wish I would have handled it differently.”

While he can’t change the past, Deron did relish the opportunity to make amends. So when Jazz President Steve Starks called Williams last spring to introduce himself and suggest a meeting with Sloan, Deron — who still keeps a home in Utah where he and his family spend the bulk of their summer — seized an opportunity to mend his relationship with his former coach. 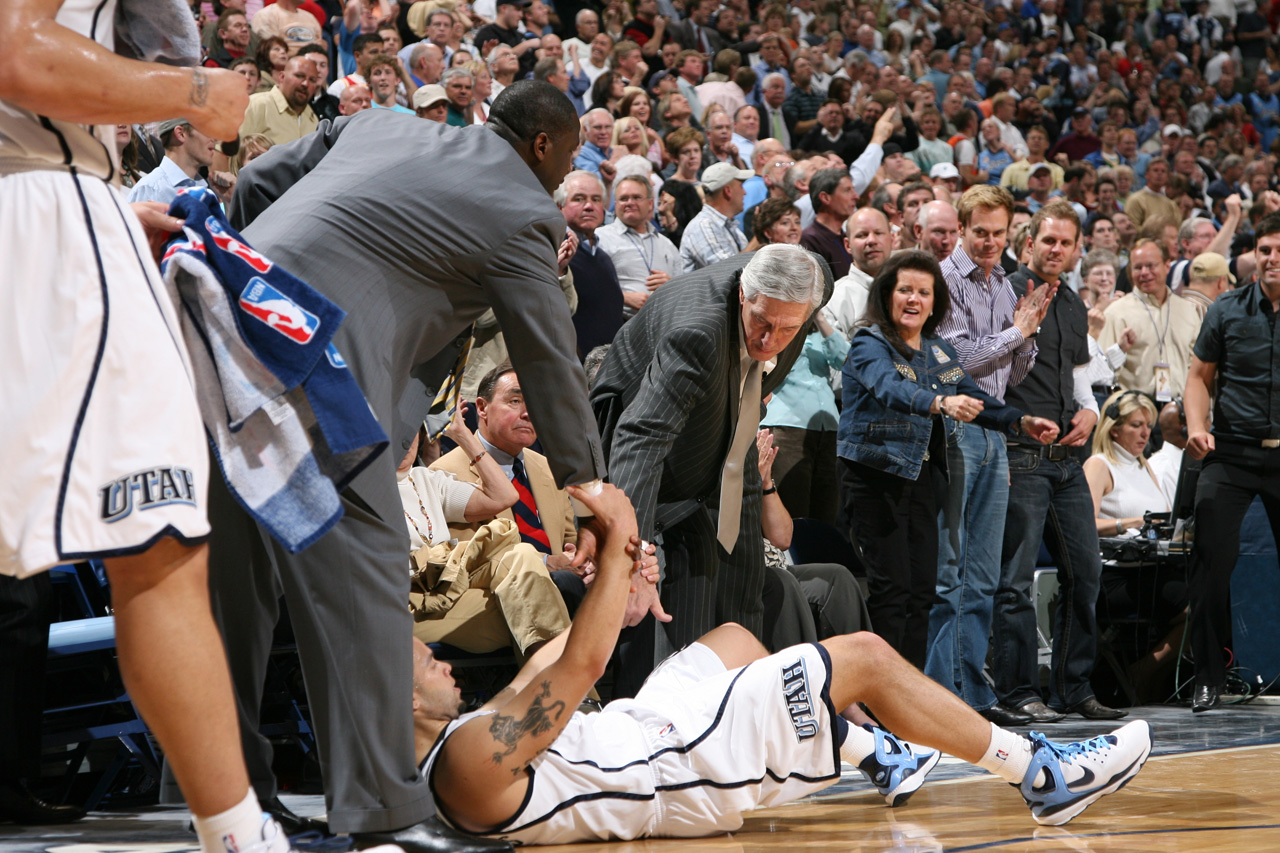 Deron met up with Sparks, and Jazz CEO Greg Miller and took No. 8 on a tour of the team’s new practice facility. Then the group went over to Sloan’s home. Seven years after his resignation, the former Jazz coach is now 76 years of age and battling Parkinson’s disease and Lewy body dementia.

But when the two men met at Sloan’s home office and had their first extended conversation since that infamous February evening that changed the course of Jazz franchise history, Deron said that despite his ailing health, his former coach still remembers a lot. So as the two met face-to-face, Williams apologized for his actions seven years ago.

Sloan wasn’t quick to open up, but after a while the two Jazz greats looked at photographs together and shook hands, moving forward from their infamous split seven years ago.

“He doesn’t forget a lot of things, instances where I pissed him off, things I did to upset him,” Williams said. “He definitely told me about that—and rightfully so. He was great about some other things. It was kind of typical Coach Sloan, really. If you know him, he’s never been one to shy away from telling you the truth and how he feels.”

At 34 years old now, D-Will has added perspective from playing six more seasons in the league for several different coaches, and he believes Sloan taught him the most out of any of them.

But most importantly for Deron, he was able to reconcile his past with Sloan, a man who had taught him so much and helped his career in its early stages. And now that time has passed, it was important for Deron to mend his relationship with Sloan and make peace with the situation.

“I got a chance to apologize for how things went down,” Williams said. “He got to voice his opinion about all the times I was a little s— to him and was a pain in his ass, and for him to get things off his chest. I think it was good. There was nothing bad about it. It was only positive.”

To read the whole story of the reunion between the two Jazz icons, click here.